Before this study, like many other organizations, Google execs believed that building the best teams meant compiling the best people. It makes sense. The best engineer plus an MBA, throw in a PhD, and there you have it. The perfect team, right? In the words of Julia Rozovsky, Google’s people analytics manager, “We were dead wrong.”

Summary: Google tries to reinvent the wheel on studying group performance by analyzing big data for patterns. They find nothing. After consulting psychologists who do this stuff for a living, they realize they weren’t measuring the right variables, so the bigness of their data was irrelevant. They take the loss, learn from it, and move forward with a better plan. Curious to hear what scholars who study teams have to say about these findings. – Ben

Read Google Spent 2 Years Studying 180 Teams. The Most Successful Ones Shared These 5 Traits in Inc.

Organizations know what they need to do, but they fail to follow through. Read "The Problem is the Problem" by @IOSyIslam. bit.ly/2XR5MI4 #IOPsych #WorkPsychology #MeToo #BLM pic.twitter.com/uuqX7Nn8pr

@iopsychmemes Verified status on Twitter (i.e., the blue checkmark) is an imperfect, but useful, proxy for fame. Is there a single member of @SIOPtweets other than @AdamMGrant who has one?

The @SIOPtweets Membership Reflection Survey is open. If, like me, you believe there should be a new vote for a name change, don't forget to mention it. pic.twitter.com/sk5R5QqFTr

If you'd like to encourage #psychology instructors to incorporate #IOPsych into their Intro courses, please share the new, easy-to-remember URL: teachiopsych.com. It redirects to the useful @SIOPtweets educator's resource page. pic.twitter.com/I3VkbT5kbZ

Two years of #GITSIOP! Check out the #blog to hear more about our work to get #IOPsych into #IntroPsych over last year. Please share to help us spread the word about this effort: ow.ly/VceZ30lL3dE #psychology #workplace #WeAreSIOP #TeamSIOP #IamSIOP #SIOP 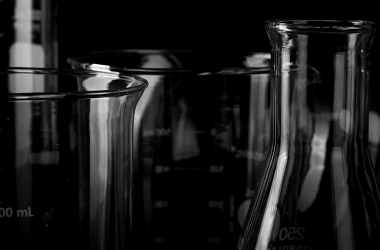 Lisa Kath on Moving from Organic Chemistry to IO Psychology